Importance And Production Of Salt In Our Lives 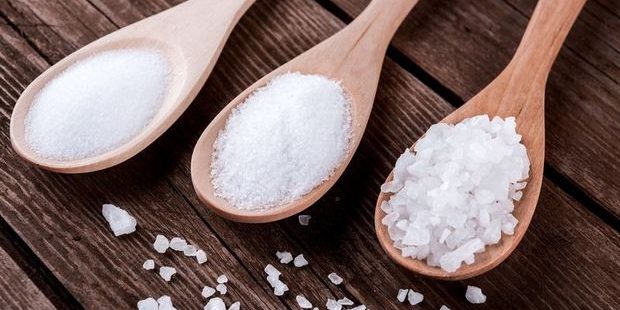 Sodium chloride (NaCl), which we know as table salt, is a mineral consisting of a chemical compound belonging to a broad class of salts. Natural salt is known as rock salt as a crystalline mineral. Salt is the main mineral component in sea water. The ocean contains about 35 grams of salt per liter and has a salinity of 3.5%.

Salt is of vital importance in general and salinity is also one of the basic tastes of man. Animal tissues contain more salt than plant tissues. Salting is one of the oldest and most common food condiments, and salting is an important method of preserving food.

Some of the oldest traces of salt production date back to about eight thousand years. People living in the region known today as Romania boiled spring water to obtain salt. A salt workshop in China dates back to the same period. Salt was also sacred to the ancient Hebrews, Greeks, Romans, Byzantines, Hittites and Egyptians. Salt has also become an important trade product and has been transported by boats on special “salt routes’ in the Mediterranean and by camel caravans in the Greater Sahara. The growing demand for salt due to its low availability and growing population has been used as a way to increase tax revenues while dragging countries into wars. Salt was also important in religious ceremonies.

Salt is obtained by evaporation of sea water (sea salt) from salt mines or shallow ponds or spring waters rich in minerals. Its main industrial products are caustic soda and chlorine. It is also involved in the manufacture of polyvinyl chloride, plastic, pulp and a large number of products.

The salt, ie sodium chloride, is an ionic compound representing sodium and chlorine in equal proportions with the formula NaCl. Sea salt and newly extracted salt from the mine (many of them, sea salt from prehistoric lakes and seas) also contain small amounts of trace elements. The crystals of the salt, which are dissolved in water for the production of table salt, purified and refined by precipitation of other minerals and re-evaporation, are transparent and cubic in shape.

Only 6% of the annual global production of salt, about two hundred million tons, is used for kitchen consumption. Other uses include water treatment, road ice interventions and agriculture. The salt sold in the form of table salt generally contains an anti-caking agent and is iodized to prevent iodine deficiency.

Sodium is an electrolyte and an osmotic solute that is essential for human health. However, excessive salt consumption may increase the risk of cardiovascular disease such as hypertension in children and adults. Such effects of salt on health have been studied for a long time. Numerous health organizations and experts in developed countries recommend reducing consumption of salty ready foods. The World Health Organization recommends that adults take care to consume less than 2,000 mg of sodium equivalent to 5 grams.